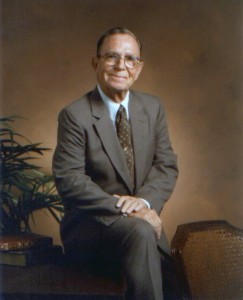 Born on March 18, 1919 in Lexington, TX, Clyde G. Rutland was a philanthropist and a remarkable man who lived an amazing life. He grew up in a modest railroad family in East Houston and went on to become a successful business man. His greatest professional achievement was Wholesale Electrical Supply, one of the largest independent electrical distributorships in the industry.

Clyde and his beloved Marge, founded in Wholesale Electric Supply in 1949. Clyde was also a member of National Association of Electrical Distributors and later became NAED President. He supported the University of Houston Industrial Distribution scholarship program, as well as many other charities.

Clyde served as a First Sergeant in the Air Force in WWII. He was stationed in Kelly Field in San Antonio, and proudly served his country for two years in Guam and the Mariana Islands.

He was a Deacon and Elder with Faith Community Church in Pearland, Texas. 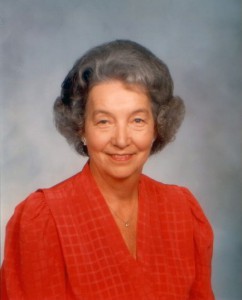 Born February 18, 1922 to a railroad family in East Houston, Marjorie R. Rutland was a remarkable woman who lived an amazing life. Clyde G. Rutland had grown up close by to Marjorie and they attended the same church. In 1940, on her parents’ wedding anniversary of February 20th, Marjorie and Clyde wed then founded Wholesale Electric Supply Company.

In the early years, Marjorie spent her days “making the company go”. While running the office, she answered the phones, kept the books, and even made deliveries. As the company grew, Marjorie headed the accounts payable department and did in-house accounting. While helping Anne & Muggy (Ms. Philips) in the office, Marjorie also planned all company functions from golf tournaments to open houses.